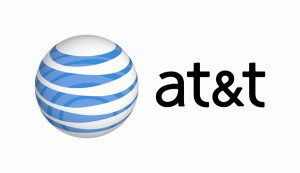 On February 25, AT&T filed a lawsuit stating that the city of Louisville, KY, lacks the jurisdiction to allow high-speed Google Fiber and other ISPs to install equipment on its utility poles.

AT&T claimed to welcome competition in providing Louisville residents with faster online access but that the so-called “One Touch Make Ready” ordinance goes against various state and federal laws.

“AT&T pursued this course of action because the Metro Council has no jurisdiction to regulate pole attachments,” spokesman Joe Burgan said in an interview Thursday.

Trying to deploy Google Fiber without access to AT&T poles could be a real challenge, as AT&T owns 25 percent to 40 percent of the city’s utility poles.

AT&T alleges in the suit that the city ordinance allows third parties to temporarily seize its property without consent and in most circumstances without prior notice. “Unless the court declares the ordinance invalid and permanently enjoins Louisville Metro from enforcing it, AT&T will suffer irreparable harm that cannot be addressed by recovery of damages.”

In response to the lawsuit, Louisville Mayor Greg Fischer responded, “We will vigorously defend the lawsuit filed today by AT&T. Gigabit fiber is too important to our city’s future.”

“This lawsuit is not about Google,” Burgan said. “It’s about the Louisville Metro Council.”

Google Fiber responded to the lawsuit in a blog entry: “Google Fiber stands with the City of Louisville and the other cities across the country that are taking steps to bring faster, better broadband to their residents. Such policies reduce cost, disruption, and delay, by allowing the work needed to prepare a utility pole for new fiber to be attached in as little as a single visit—which means more safety for drivers and the neighborhood.”

For more information on lawsuit refer to Louisville’s local Courier-Journal.

Apart from the entertainment value of following the lawsuit, the lawyers involved are delighted at the fees that this will generate.