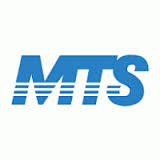 This morning, BCE announced plans for the acquisition of MTS.  MTS shareholders will receive about $40 per share, for a total of approximately $3.1-billion.  BCE will also assume $800-million in net debt for a total of $3.9-billion.

MTS is Manitoba’s incumbent telephone company and has the majority of the province’s wireless users.

In January, MTS sold their cross-Canada fibre-optic enterprise services business Allstream to U.S. service provider Zayo (details).  Since that deal was announced there has been speculation that MTS’s Manitoba telecom business could be a takeover target, with many speculating that BCE was the most likely buyer.

“Welcoming MTS to the Bell group of companies opens new opportunities for unprecedented broadband communications investment, innovation and growth for urban and rural Manitoba locations alike. Bell is excited to be part of the clear growth opportunities in Manitoba, and we plan to contribute new communications infrastructure and technologies that deliver the latest wireless, Internet, TV and media services to residents and businesses throughout the province,” said George Cope, President and CEO of BCE.

The Canadian federal government will want to review the deal closely for potential anti-competitive concerns.  To help smooth over some of those concerns, BCE would be selling 140,000, or about one third, of its new MTS postpaid cellular subscribers to Telus Corp.

“This transaction recognizes the intrinsic value of MTS and will deliver immediate and meaningful value to MTS shareholders, while offering strong benefits to MTS customers and employees, and to the Province of Manitoba,” said Jay Forbes, President & CEO, MTS.

As part of the deal, BCE will be locating their Western-Canadian operations to Winnipeg.

The companies expect the deal to close by early 2017.