It’s time for the telecommunications industry to start planning for the post-NAFTA world.

Why do I say this?  Yesterday, trade negotiators Canadian Foreign Affairs Minister Chrystia Freeland, U.S. Trade Rep Robert Lighthizer and Mexican Secretary of Economy Ildefonso Guajardo Villarreal made statements to the media after a NAFTA trilateral ministerial press event in Washington.  Tempers were visibly frayed.  Everyone is frustrated.

It appears that President Donald Trump has decided to live up to his campaign promise of tearing up NAFTA.  Why do I say this?

One of the US demands is that the Independent Dispute Resolution mechanism from the existing agreement be deleted from any new agreement.  In effect, Trump is looking to be able to change the rules of the game at any time that he feels like it.  I wish I could do that in the middle of my chess games!  If the rules can arbitrarily be changed, what is the point in having an agreement?

Secondly, the US is demanding a 5-year sunset clause, where each country would have to renew at the end of the period.  Do you know of any capital planning process with a shorter than 5-year span?  Have you ever put in a fiber optic transport network with a 24-month project planning horizon?  Would you approve an investment under that scenario?

So it appears that NAFTA will end.  The advice Canadian Foreign Affairs Minister Chrystia Freeland has given to businesses is, “Hope for the best; plan for the worst.”  It’s time to plan post-NAFTA.  With President Ronald Reagan and Prime Minister Brian Mulroney signing the original Canada-US Free Trade Agreement way back in 1988, this may not be easy to contemplate!

This is not meant to be an exhaustive analysis of the telecom world after NAFTA, but more illustrative to get our thinking going.  At present, North American telecom equipment manufacturers, such as Cisco, Ciena and Juniper build specific product lines in one or a few different locations around the world.  A location is usually prime for a specific product’s manufacturing.  For example, Cisco would manufacture most products lines in the US, with some lines manufactured in Mexico and Canada (I believe this to be accurate).  With import tariffs at each country, manufacturers will be encouraged to have more, but smaller, less efficient plants in each country.  Jobs will be created where a new line is created in a country; jobs will be lost where a previously prime location must be downsized.  Look for much disruption.

The necessary impact of more, smaller, less efficient plants will be higher manufacturing costs.  How will Cisco, Ciena and Juniper respond?  They will probably raise prices on equipment to AT&T, Telmex and Bell Canada.

How will AT&T, Telmex and Bell Canada respond to higher equipment?  Higher prices for consumers.

At this point, is appears unlikely that NAFTA will survive the Trump presidency.  Have a plan in place!

Articles that you may find of interest:  Negotiation update: https://ca.finance.yahoo.com/news/latest-nafta-round-ends-stalemate-191805603.html

What comes after NAFTA: http://www.globeinvestor.com/servlet/ArticleNews/print/GAM/20171014/RBCDNAFTAFEATURE 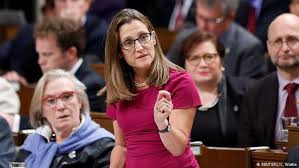 Chrystia Freeland, “plan for the worst”