China’s ZTE has temporarily closed their doors as a result of a US Department of Commerce order denying US companies to export components to them.  “As a result of the Denial Order, the major operating activities of the Company have ceased,” the company stated in an undated filing on their web site.

In March of 2017, China’s ZTE Corporation had agreed to enter a guilty plea and to pay a $430,488,798 penalty to the U.S. for conspiring to violate US laws by illegally shipping U.S.-origin items to Iran, obstructing justice and making a material false statement. For reference, see http://www.truepulse.com/zte-hit-430-million-fine-us-doj/  However, the Commerce Department subsequently decided that ZTE failed to keep their part of that  agreement.

According to a release on ZTE’s web site, “As of now, the Company maintains sufficient cash and strictly adheres to its commercial obligations subject to compliance with laws and regulations. The Company and related parties are actively communicating with the relevant U.S. government departments in order to facilitate the modification or reversal of the Denial Order by the U.S. government and forge a positive outcome in the development of the matters.”

At this point it is almost impossible to tell if ZTE will be able to recover.  I am glad that I am not a shareholder!

Secretary of Commerce Wilbur L. Ross, Jr. made the announcement on April 16, 2018.  The US Commerce Department announcement is available at https://www.commerce.gov/news/press-releases/2018/04/secretary-ross-announces-activation-zte-denial-order-response-repeated

Is the US Commerce Department move against ZTE a negotiating ploy to gain leverage in trade negotiations with China?  Possibly.  We should gain a better perspective as the negotiations continue. 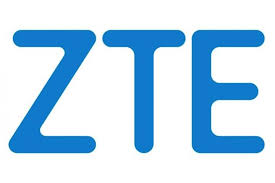