This year has brought a level of discussion around the world about the US Presidential election that is perhaps unprecedented.  Everyone has an opinion.  Including me.  And here it is:

In the US Presidential election, TruePulse formally endorses…civility.

With the upcoming American presidential election nearing, one of the common themes has been “To Make America Great Again.”  What made America the greatest nation on earth, was not a political party, not a charismatic leader, but a civil process of elections and government.  People would listen to the candidates, vote for the one that they felt was best, and then accept the winner.  The basis of democracy is the belief that the will of the majority of the people is right.  And even if you didn’t vote for the eventual winner, you will accept that person.  And you will respectfully work with him/her to make the next four years as productive as possible.

Around the world, we are seeing far too many countries fall into pseudo-democracies.  They talk the talk, but don’t walk the walk.  The bar is higher for the leader of the free world.  Process is more important than result.  Have a fair and civil election, and then respect and believe in the choice of the majority.

If you are looking for more on the subject of civility in the election process, I would encourage you to read an article by Steve Almond in The Rotarian, “Elect to be civil” 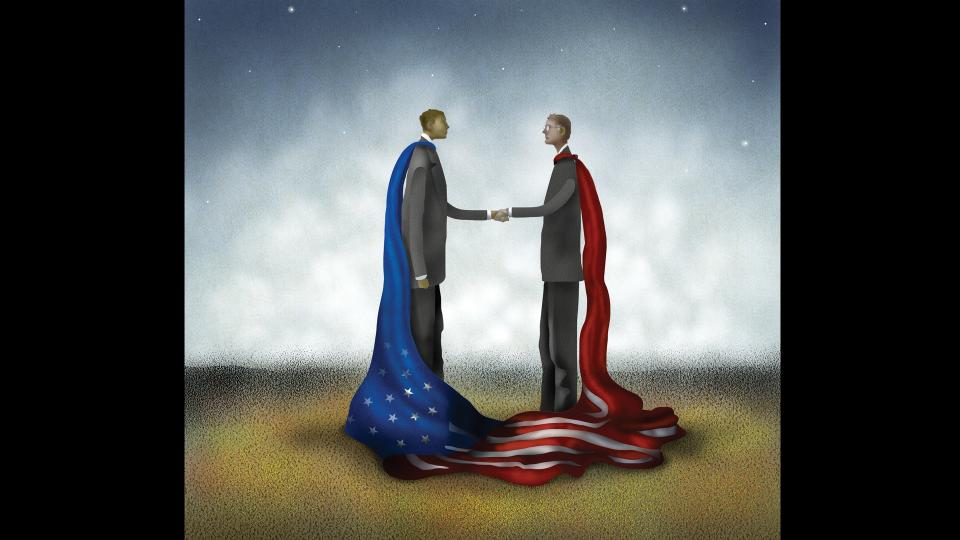 Elect to be civil